Big shouts to the BWC, Flawless, and ONTD crews for representing the past few shows. Nice effort. BTR recalculated the numbers from Sunday's MEGASHOW. Instead of 622 live listens, there were... 1,026!!!

A couple of shows to hype this week: 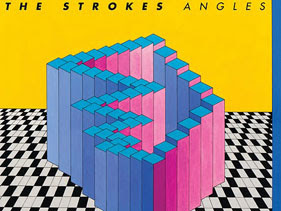 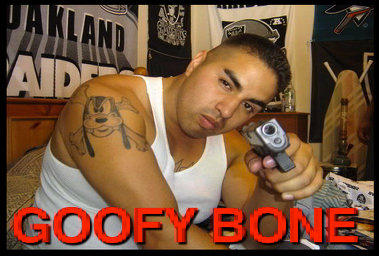 Raised in San Jose, California, Goofy Bone grew up during the peak years of the 1980s' crack epidemic and started dealing drugs at an early age. Born and raised on the streets of the East Side of San Jose. Goofy was the one of 3 childen. His father left the family when Goofy was 7 years old, leaving his mother to work three jobs while raising him. In high school Goofy excelled in class, winning several awards in math as a student.

He was nicknamed "Goofy" because of his Buck Teeth at the age 8 and "Bone" when he was 15 from the high school cheerleading squad. Goofy started selling drugs when he was 11 years old, unbeknownst to his mother. According to his mother, he was a good student but developed a "smart-ass" attitude. 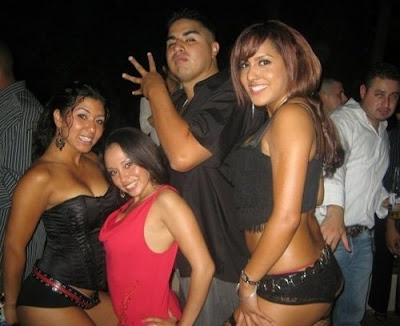 Not long after Goofy was released he made his hip hop debut with the 1995 record "Prop. 187" and he became a central figure in the Norteno scene and increased San Jose's visibility at a time when west coast hip hop was mostly dominated by Hollywood rappers and nobody bothered to look North. Until now.

Goofy is a regular guest on the show and also is a fine BTR host in is own right!!!

Join Vince and Goofy as they take calls and play tracks from Goofy Bone's vast musical archives!!!
Posted by Vince in the Bay at 12:24 PM